Been spending quite a bit of time at the American Swedish Institute lately; doing some research for some historical writing I’ve been working on, attending some lectures, and, last Friday, attending the Institute’s latest “cocktails in the castle” event, which proved an awesome time, as always. As I think I wrote last December, the ASI is one of my favorite “hidden gem” museums in the city, though the last few years it has definitely been raising its profile, after completing its recent expansions and I have found myself attending more and more.

Attendees line up to enter ASI, Cocktails in the Castle

Reflecting Minneapolis’ historical and influential Scandinavian presence (coming from a partly Norwegian background, myself), the ASI is a good place to experience some of the style of the Nordic countries. The Turnblad Mansion, built by Swedish newspaper magnate Swan Turnblad, it is quite an impressive house and great for hosting parties (the Halloween bash they had a few years ago was my favorite). Always an atmospheric locale, its classical grandeur an interesting contrast with the modern Scandinavian elegance of the new building.

The theme this month was “Dynamite Night,” to coincide with the current exhibition “Nobel Creations,” in honor of Alfred Nobel, inventor of dynamite and the originator of the Nobel Peace Prize, one of the most prestigious Swedish exports. As people lined up, bonfires were lit and little bundles of dynamite decorated the tree, giving the place a festive (if a little explosive) ambiance. There was plenty going on at the institute to keep everyone busy at whatever interests them, whether eating s’mores or making little wearable LED jewelry. My particular favorite was the literature inspired projects at the Laureate Lounge, and Lofty Idealism, an art project where participants wrote their ideas for a perfect world on tags, which were hung in the branches of the birch trees on the mansion grounds. The cocktails themselves were quite delicious as well, especially the refreshing cucumber concoction 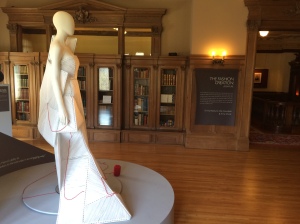 Inside the mansion exhibits themselves presented plenty of interesting facts about the Nobel Peace Prize, and included awesome looking dresses, floral arrangements and music inspired by the prize categories; Peace, Physics, Economics, Chemistry, Medicine, and Literature.

A fashion show, Couture at the Castle presented by designers TIM+THOM, was a pretty stylish showing and a fun way to see some really cool designs, as well as some grooming and fashion tips, though I, unfortunately, did not a get a makeover myself! Finally, as the night fell, revelers gathered on the grounds with sparklers, s’mores, and drinks to watch fire dancers and a rocket looking thing flared out great jets of flame on cue, warming up the onlookers and lighting up the night. A great night for a ritzy museum party. The next one, according to the ASI, will be in September, so keep an eye out! 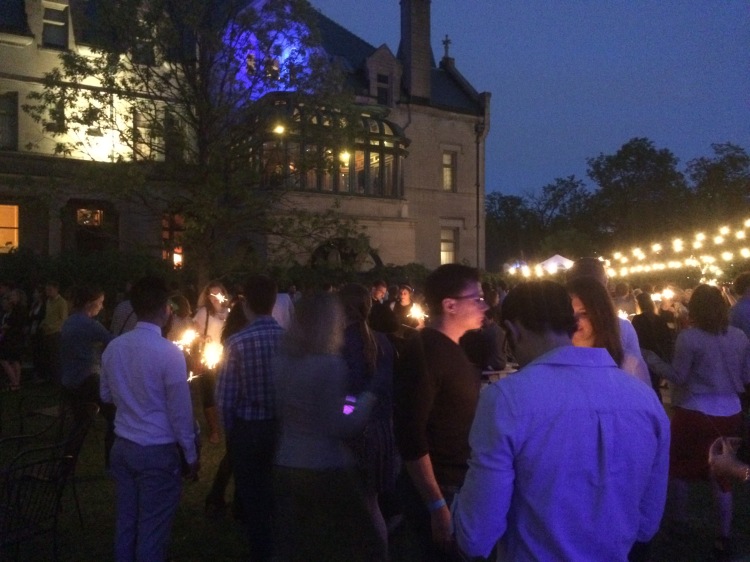 Crowd with sparklers, Cocktails in the Castle: Dynamite Night

One thought on “Cocktails in the Castle: party down at the American Swedish Institute”