It feels strange, but one week ago I was in Tokyo, shopping at the Tsukiji Fish Market, visiting museums, and riding the train. I spent the better part of the month of September in Japan, and it felt like a really long time to be gone. I actually felt like I started forgetting what it was to go to work, commute across the Twin Cities, and live my do general errands. Now, being back, the last week has gone by in a flash. Maybe time does not always fly when you’re having fun, because I definitely had an awesome trip. My sister and I spent our days exploring, never knowing what each day would bring. We’d visit interesting spots, like the Meguro Parasitological Museum and Jigokudani (Hell Valley). We spent time in Tokyo, one of the world’s largest, densest cities, as well as in small, rural towns, like Tono, in Iwate Prefecture. We hiked in the mountains of the least populated island, Hokkaido, and visited the first city opened up to the west after the arrival of Commodore Perry, Yokohama. Everywhere we went, we saw something new, in addition to some more familiar things.

Of course, three weeks is too short a time to really get to gain much experience into such a huge, complicated country as Japan but in the end, I dragged home a lot more than a bunch of interesting snack foods and souvenirs.

Visiting another country, another city, grants new insights into your own. Could two cities more different than Tokyo and Minneapolis exist? One is one of the world’s megalopolises, a great port city, capital of a dynamic and ancient world power. The other is a minor regional hub in a landlocked region of a large continent. We don’t have the international fame and fashion of Tokyo, it’s multiplicity of neighborhoods, its importance in history. I can still hold high opinions of the Twin Cities place in the global community, though. 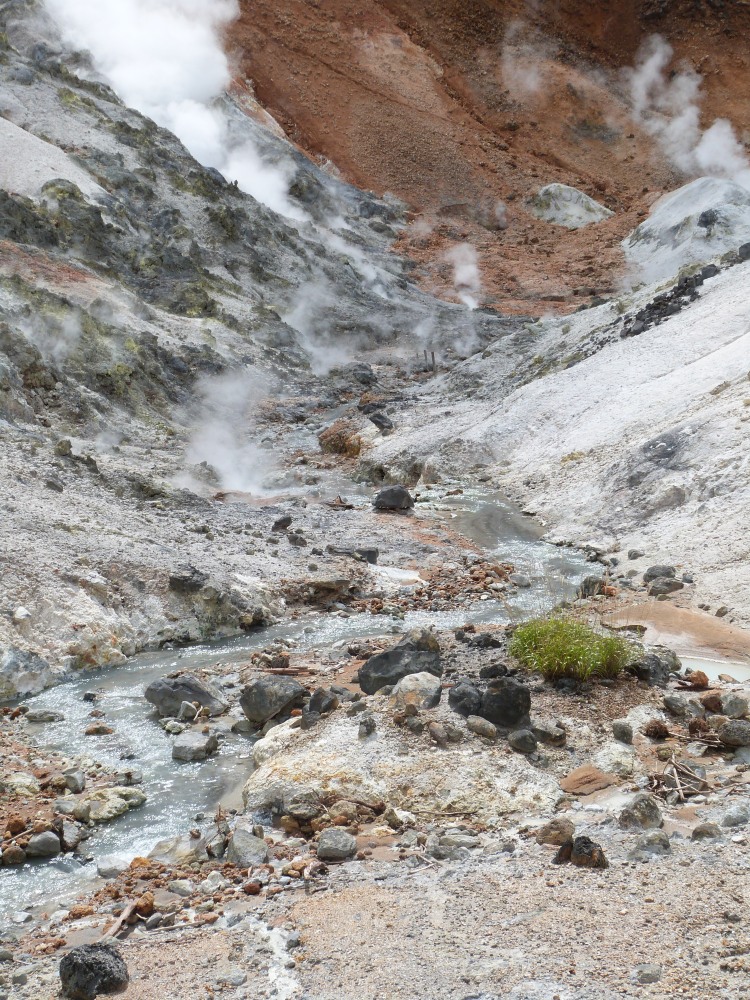 Despite these obvious differences, though, I was surprised by some unexpected commonalities. In spite of institutions going back centuries, such as Sensoji and the Imperial Palace, much of Tokyo is very new, even newer than much architecture in Minneapolis or, in particular, St. Paul. Due to natural disasters and the ravages of war, much of the city is less than fifty years old, and this is definitely evident as we toured. Also, the sheer size of the metropolis is astounding too. Even on a rainy, cloudy day that hid much, the scope of the city was incredible viewed from the top of Tokyo Tower, every side a sea of high rises as far as the eye can see.

Sensoji, in Asakusa District, Tokyo, from the roof of Amuse Museum.

We ate a lot of delicious food- everywhere you looked, something looked good. We couldn’t eat them all, but we tried our best with what could fit in our stomachs. Some of those delicious regional specialties of ramen, such as Sapporo’s Miso Ramen and Hakodate’s Shio Ramen. Cheap tempura, all manner of fried goodness, all of those wonderful Japanese pickles for breakfast. Give me a Japanese breakfast of miso soup, sashimi, and pickles over a huge pile of starchy, syrupy pancakes any day.Tokyo’s great okonomiyaki dives, and, of course, sushi. I couldn’t pass that up! Do the places around here measure up? Hmmm.. maybe, we’ll get to that in a later article.

Could there be a certain similarity between the polite, non-confruntational cultures of Japan and the Upper Midwest?

I was thankful that I was with my sister, as she studied Japanese in college and could get through a minor conversation or struggle her way through a non-English menu if the need arose (and it did, numerous times). I would have been entirely lost. In fact, I did get that, numerous times. Well, never really lost, but on occasion not exactly sure which way to go next.

I was struck by how lush and verdant the city was, even among the acres of paved concrete in areas like Shibuya and Akihabara, there were many luxuriant trees and little green spaces. It was also a lot flatter than I had imagined; while hills certainly existed, Tokyo seemed no hillier in general than the Twin Cities, which are known for being extremely level.

Odd, that the dirty dishwater reek of the late summer gutters are exactly the same as Minneapolis’.

While visiting Japan’s fourth largest city, Sapporo, the capital of the the prefecture of Hokkaido, the northernmost of Japan’s main islands. We arrived on a rainy morning, I noted that the temperature was exactly the same here as it was back in Minneapolis at the time. This northern city, with its wide streets, parks, and chilly temperatures, felt much more like home. Visiting the Hokkaido Museum, in particular, reminded me of home. In fact, it had been described to me by a fellow Minnesotan as the “Wisconsin of Japan,” with its popular crops of corn, dairy, and delicious summer melons (the trademark nightly yield of delicious squid notwithstanding). Not unlike Minnesota, Hokkaido is a colonized region, with the mainland Japanese “pioneers” arriving in the late nineteenth century to homestead, bringing their farming, mining, and industry to the frontier. Hmm, seems familiar. Of course, for thousands of years Hokkaido was home to another group of people, the Ainu, who faced war, disease, and, ultimately, forced integration into the population and the attempted erasure of their ancient culture. The exhibits in the Hokkaido Museum in Sapporo, showing off the place of modern Ainu in their native land, had a definite similarity to our own history museums, eager to display native stories while also trying to aggrandize our immigrant history as well. Hokkaido Museum devoted much time to the “settlers” and their agriculture, mining, industry, all based on forcing Ainu from traditional lands, and I was reminded of our own “pioneer” past, my own immigrant ancestors building farmland in the former nations of the Dakota and the Ojibwe at the exact same time Hokkaido was being absorbed into the greater Japan.

On a more positive note, not unlike the Upper Midwest, Hokkaido is also known as the capital of craft brewing in Japan, and I definitely took advantage of this. After a long day of hiking through the autumn forests and lakes of the north island, some beer was a great treat. It was at this time I began to miss home…

More than anything else, as I devoted each day to tracking down more cool stuff to do, I realized that, really, I didn’t have to be in Japan to do this. I could continue my adventures daily in my own region, and in fact, wasn’t that why I was keeping a blog in the first place. As much as I love traveling the world (and already, I am planning for my next overseas trip), keeping a curisity and eagerness to explore even in daily life is something to treasure. In taking these weeks off to devote exclusively to exploring another world city, it made me think of all of the stuff that’s still hidden in my own home.

I felt that I saw a lot more, visited more places, had more experience. Probably, I visited more places than the average Tokyoite does in a year. It made me think of all of the things I’ve yet to experience in Minnesota, and the local region, and made me eager to get out there and see what they are like. Why just explore on vacation? Why not explore every day, visit the things that visitors to your own city visit but which you haven’t been to, or haven’t been to in years? There are still a lot of things to learn about my hometown, I can treat everyday as its own “staycation” without spending money for plane tickets and taking time off of work. Keep watching MSP Adventure Time to see what other adventures I can have in the Twin Cities.

Tokyo is Yours, near Yoyogi JR Station.

In any case, I’m glad to be back, I felt I was missing out on my favorite time of year, and it’s looking like there’s going to be some pretty fun things happening throughout October this year!